Gregor Johann Mendel (Czech: Řehoř Jan Mendel; July 20, 1822, Hynčice–January 6, 1884, Brno) was a naturalist, founder of genetics, and the discoverer of the basic laws of heredity. He was a monk and later abbot of the Augustinian monastery in Old Brno.

Johann Mendel was born on July 20, 1822 into a family of German-speaking small farmers, Anton Mendel and Rosina née Schwirtlich, in Hynčice (German: Heinzendorf bei Odrau) in Silesia, in house No. 58 (now No. 69). Today, Hynčice is part of the municipality of Vražné in the Nový Jičín District, in the Moravian-Silesian Region.

The birth house of J. G. Mendel is a relatively large peasant farm, which was registered as a cultural monument in 1966. In 2007 the house was completely renovated with the significant support of EU funds, and today, in addition to a museum, it also offers visitors the use of its conference and social rooms. 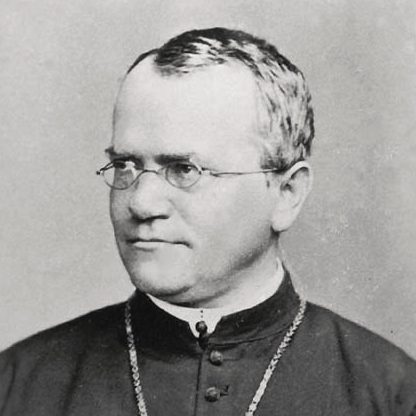 Mendel in the words of others...

I first came across the figure of G. J. Mendel as a student when I was 20 years old. It was not even possible before, because genetics – as a ‘bourgeois pseudoscience’ – was banned in our country. In the centenary year of the publication of Mendel’s pioneering work, when genetics was rehabilitated, I was fortunate to be able not only to learn about this science and the history of its discovery, but also to pass on the knowledge that I’d gained.

Throughout my professional life I have never stopped admiring Mendel, who was allowed to show his genius and tenacity in the favourable environment of the Augustinian monastery and make a discovery that represented ‘the greatest discovery in biology in five centuries’. I appreciate his courage in setting out to discover the principles of heredity in a completely original way. This self-same originality ensured his findings were not understood for a long time, due to the level of knowledge at the time.

However, Mendel himself was convinced that ‘my time will come’. And that’s what happened. Thanks Gregor! 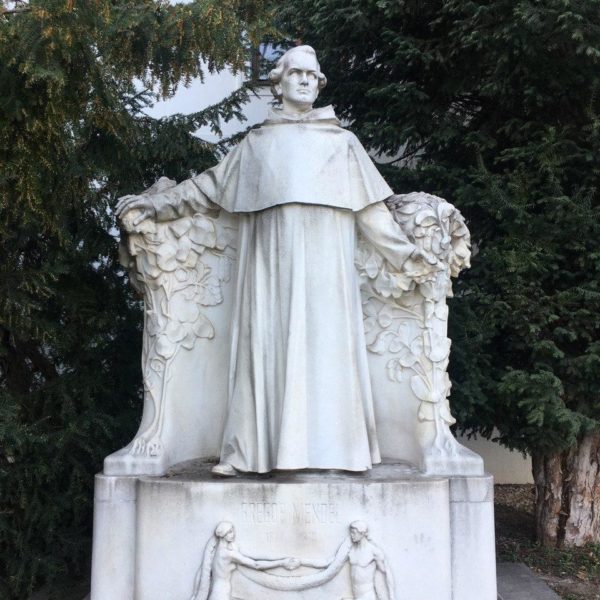 Beekeeping was Mendel’s passion. He was introduced to the basics by his father. When Mendel arrived in the monastery in 1843, he found the conditions there for beekeeping ideal.

The beekeeping section of the Moravian-Silesian Society for the Improvement of Ploughing, Natural Sciences and Local History was established in Brno in 1854, and grew into the Moravian Beekeeping Society between 1868 and 1869. An important figure in the beekeeping world was F. X. Živanský, who brought Mendel to the society in 1868.

In the same year Mendel had an apiary built for 15 hives with a storehouse and a small study. During his most active period of beekeeping, he also had other hives on land near the apiary. Behind the apiary is the cellar where Mendel originally tried to winter the hives, which turned out to be unsuitable due to the humidity. 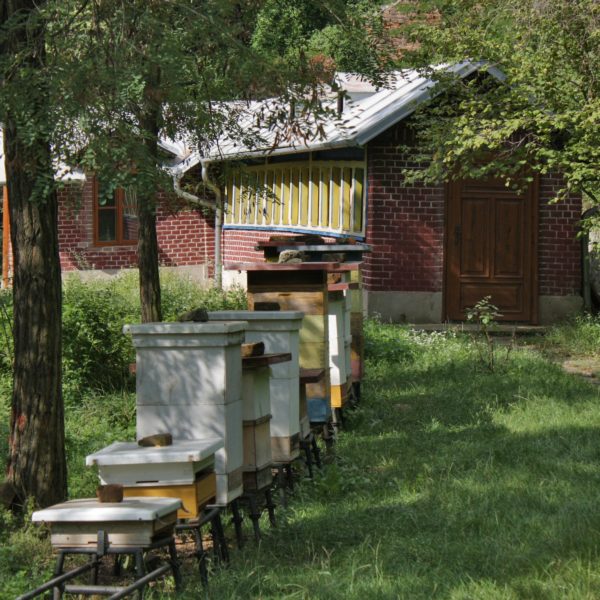 In addition to trying different ways to winter bee colonies, Mendel also promoted the planting of honey plants on the slopes of Spielberk Castle, and created a mathematical model for evaluating the ongoing harvest.

We know about Mendel’s beekeeping primarily thanks to short entries recorded in the bilingual specialist magazine titled Včela brněnská (Brno Bee). Thanks to these, we also learn about his bitter experience with a dangerous bee disease causing larvae to decay. Mendel destroyed all his hives and disinfected the equipment, which he also recommended to other beekeepers. This practical starting point is still valid today.

Not only was Mendel one of the leading beekeeping researchers of his time, his expertise became even more creditable since he made his knowledge readily available to the beekeeping public whenever anyone expressed any interest. 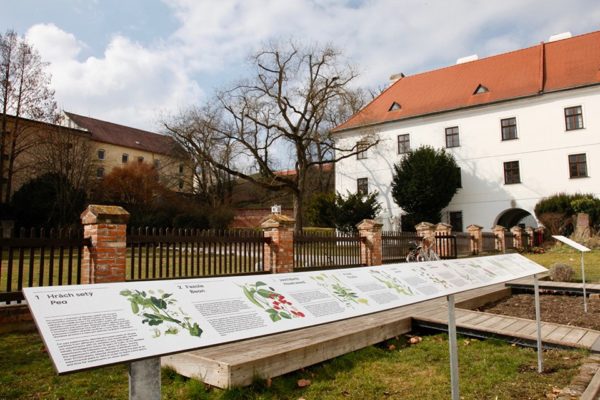 Mendel and the Meteorological Station

Gregor Johann Mendel is known around the world as the founder of genetics. Less well known is his importance as a meteorologist during that period. In his meteorological measurements, Mendel took up the work of Dr Pavel Olexík, senior doctor at the St. Anne’s University Hospital in Brno, who was a great role model for him and with whom he collaborated. Mendel measured and recorded temperature and air pressure values three times a day at a precise time.

In 1868, Mendel became abbot of the Augustinian monastery. In 1878, Mendel established a meteorological station on the monastery grounds and took measurements for the Central Institute for Meteorology and Geodynamics in Vienna. In addition to temperature and air pressure, he also measured precipitation and extreme temperatures on an experimental surface. He recorded everything very carefully in graphs and tables. Besides weather, he focused on determining the groundwater level in the well, the level of ozone in the air, and even observed sunspots. 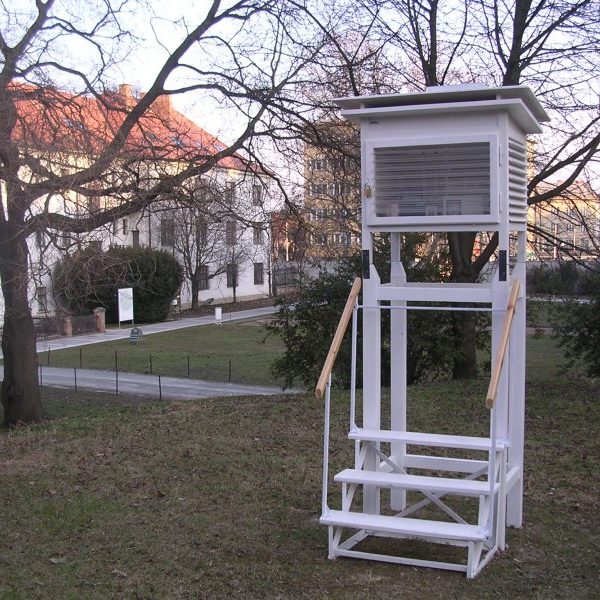 Mendel also recorded extraordinary meteorological phenomena. In the article Whirlwind of 13 October 1870 he was the first in the world to describe the occurrence of a thrombus (tornado), which destroyed the abbey and part of the town of Brno in October 1870.

The last completed measurement report dates from July 1883, after which the sick Mendel could no longer make observations and measurements. On January 6, 1884 Mendel died.

Mendel recorded his meteorological observations for five years and one month. His work in the field of meteorology similarly shows his diligence, precise scientific work, and excellent knowledge of nature. 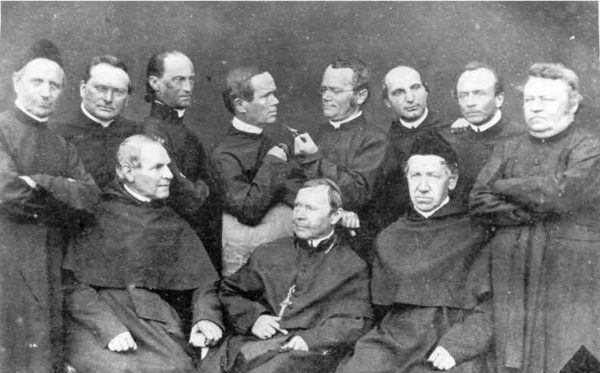